The other day, I talked about how the brain flushes all of the toxic material that’s a by-product of thinking and functioning during the day, and the role sleep plays in the process. Basically, the brain cleans itself out while you’re asleep because it’s busy using its energy to think during the day, and it can’t handle both the cleanup and the thinking at the same time. 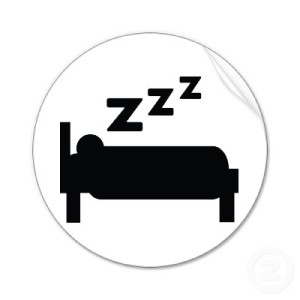 While I was reading up on sleep, I heard about Roger Ekirch, a history professor at Virginia Tech and author of the book At Day’s Close: Night in Times Past. I got the book (well, the Kindle version) and am looking forward to reading it.

One of the things he discusses in the book is how sleep patterns have changed since the Industrial Revolution. He makes the case that, before electricity and artificial light was generally available, people who couldn’t afford candles would go to bed when it got dark and get up at sunrise, but wouldn’t sleep the entire time. Instead, they would sleep in two four-hour chunks, waking up after the first four hours and spending an hour or two reading, thinking, praying, talking to their bedmate, having sex, etc. before going back to sleep. Contrast that to now, when artificial light, TV, work, and the Internet keep us awake longer and force us to get our eight hours of sleep all at one time. He maintains that bi-phasic sleep, where the eight hours of sleep is divided into two parts, is likely more natural than a single eight-hour block. Experiments that deprive people of light for up to fourteen hours at a time for a period of a month or more result in people falling into a bi-phasic pattern.

The more I think about this, the more sense it makes. One of the times that the Liturgy of the Hours is said is at 3 AM (“Matins”). No doubt, it was set in place to coincide with this waking up in the middle of the night. When I was in the hospital after my stroke, it always seemed to be the time when someone would show up to do something. I’m thinking specifically of the especially perky phlebotomist who would show up, put on every light in the room, and want to engage me in conversation as he drew my blood. (If you’re sick, the worst place to be is in the hospital.)

So, the next time you wake up in the middle of the night and can’t get back to sleep, maybe it’s not insomnia. Maybe it’s the way nature intended it.

Do you wake up in the middle of the night and stay awake for an hour or more? What do you do during that time?

7 thoughts on “It’s Only Natural”