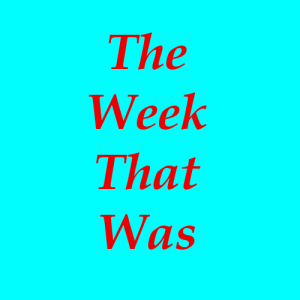 It’s a gorgeous day here in the suburbs of Atlanta. Mary and I meet some friends at a Starbucks in the western part of the county (I write, she knits), and we got a very early start today. We stopped at a McDonalds for Egg McMuffins, and Mary asked for one grape jam. We got half a dozen. We’re going to start placing bets on how many we get there. Sometimes it’s none, sometimes they give us more than any human being could consume in a lifetime. But it’s never just one.

I’ve been reading (yes, I do read sometimes) a book of essays by Lori A. O’Connell, Slouching Towards My Weltanschauung. If you like funny essays, you’ll like the book. Mary saw the book in our Kindle library and said “What’s weltanschauung?” It’s German (as if you couldn’t tell) for “world view,” although Ms. O’Connell doesn’t use it in that sense in the book. But then, I’m only about a third of a way through; maybe she uses it as “world view” later. Hers is hilarious, which makes me think I should strive to do the same when I write here, because I have a very strange weltenschauung, at least when I allow myself.

Here at this Starbucks, they play music at levels only found at Metallica concerts. Thank heaven for headphones and white noise.

Anyway, on with the summary.

So, that’s what you missed this past week. Hope to see you this week!

4 thoughts on “The Week That Was, Weltanschauung Edition”