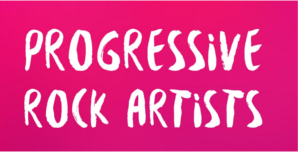 I’m working off this list of progressive acts, and one of those listed is Kraftwerk. They were one of the early electronic bands out of Düsseldorf, Germany, forming in 1970. They stayed together until 2008 after releasing ten studio albums and 26 singles. They were mostly popular in their native Germany, the UK, and the British Commonwealth countries; I think you’ll agree they were an acquired taste.

Their best-known song is 1975’s “Autobahn,” the title track from their 1974 album. It was their most popular tune in the US, reaching #25. I remember this as being the soundtrack for a couple of commercials, maybe for Volkswagen, I’m not sure. There are short, medium, and long versions of this; this is the medium version.

Our second song today is “Das Model,” videotaped live in 1980. This reached #1 in the UK for one week in 1981 and #7 in Germany that year. They look like a cross between Devo and the dancers from “Sprockets” on Saturday Night Live.

13 thoughts on “Two for Tuesday: Kraftwerk”