When we left the house to come to Starbucks this afternoon, the area was under a severe thunderstorm watch. After we were here about five minutes, this is what we were looking at… 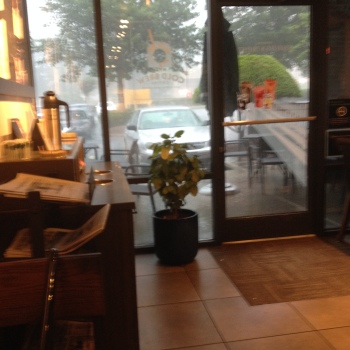 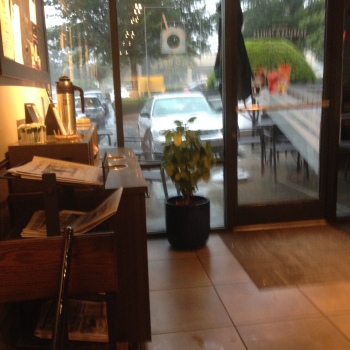 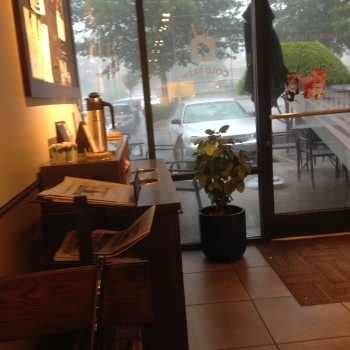 So, I had my theme: songs with “storm” in the title, with one exception… 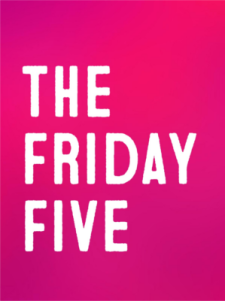 Thunder and Lightning – Chi Coltrane This was the first song that came to mind, as we were getting thunder and lightning before the rain you just saw. Chi’s almost a one-hit wonder; she had a #1 hit in The Netherlands with “Go Like Elijah” in 1975, a song that only reached #94 in the US that year, although it got “considerable airplay,” according to Wikipedia. This one reached #17 on the Hot 100 in 1972.

Stormy Monday – B. B. King A blues standard. Most of the biggest names in the blues have done this one, as well as The Allman Brothers, Cream, and other rock acts. Ain’t no bigger name in the blues than B. B. King, who’s playing this one with Albert King, if I heard correctly.

Ridin’ The Storm Out – REO Speedwagon The pride of the University of Illinois, they started in 1967 and played a lot of the clubs in the Chicago area on their way to international fame. This is from their 1973 album of the same name; a live version charted at #94 in 1977.

Have any favorite “storm” songs? Let me know in the comments. That’s your Friday Five on this soggy afternoon, June 17, 2016.