It’s a freebie Monday on M4, and since I also owe a post to Just Jot It January, how about a mashup? The JJJ prompt, brought to us by Erica at 20/20 Hines Sight (and a member of Holton’s Heroes during last year’s A to Z Challenge), is “power,” so here are five songs with “power” in the title.

Fight The Power (parts 1 & 2) – The Isley Brothers When this song came out in 1975, radio stations (the AM ones, anyway) had to bleep out the word bullshit used in the chorus. Ernie Isley, the one who played the guitar (quite well, too), wrote this with some help from his brothers and keyboard player Chris Jasper. It reached #1 on the R&B chart, #13 on the Dance chart, and #4 on the Hot 100, and helped its album The Heat Is On reach #1 on the Pop chart.

The Power of Love – Huey Lewis and The News We all remember this one from Back To The Future, of course, when Michael J. Fox and his band started out playing it and Huey Lewis himself, playing an auditioner, tells him it’s “too darn loud.” This followed on the heels of Lewis’s 1984 Sports album, and I wonder how many people bought the album thinking this song would be on it. (It’s one hell of an album, by the way, and the 1999 remaster has a bunch of bonus tracks, though this isn’t one of them.) It was their first #1 song in the US.

Soul Power – James Brown The Godfather of Soul did this one in 1971, and it reached #3 on the R&B chart and #29 on the Pop chart, though it didn’t get much airplay on the Top 40 stations.

(For God’s Sake) Give More Power To The People – The Chi-Lites The title track from their 1971 album, which included their hit single “Have You Seen Her?” This wasn’t released as a single.

Power Play – Steppenwolf From their 1969 album Monster, this wasn’t released as a single. The album wasn’t well-thought of either, but it did reach #17 on the Albums chart.

Monday’s Music Moves Me is sponsored by X-Mas Dolly, Callie, Cathy, and Stacy, so be sure and visit them, where you can also find the Linky for the other participants. 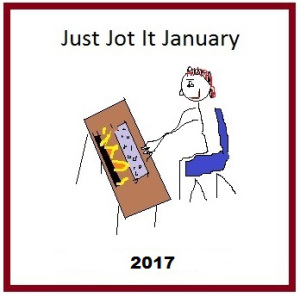 16 thoughts on “Monday’s Music Moves Me: Songs With “Power” In The Title #JusJoJan”