My hair is, or at least it was, really curly, so I had to have it cut frequently, because after 3 or 4 weeks it started getting wild and hard to control, and Mary would tell me I looked like Einstein. And my mother would be all over me anytime she saw me. “You need a haircut.” And she wouldn’t let up until I had it cut. Finally, about 25 years ago, I decided to stop getting my hair cut. I just got tired of running to the barber every 4-6 weeks, so I just stopped, grew it long, and put it in a ponytail, because otherwise it’s all over the place. The only statement I’m making is that I got tired of having it cut.

My hair started going gray when I was in my late 30’s. I was at a bookstore once, and the cashier said, “I like your hair.” I was kind of dumbfounded, but managed to say “thanks.” Then she said, “Don’t ever dye it.” Took me by surprise. I mean, I never had any intention of dyeing it. I had a friend who was in his 40’s who decided to use Grecian Formula 16, and I know they say it’s gradual, but his transition wasn’t. One week he had gray hair, the next week it was really dark. It was kind of weird.

Like when you see someone you know is bald suddenly has hair, you know he’s wearing a toupee, a/k/a a rug. There was a disk jockey on WLS named Clark Weber who was bald as a hatchet. He and another WLS DJ, Ron Riley, had one of those phony feuds going, where Clark would call Ron “Goldilocks” and Ron would call him “Baldylocks.” He left WLS in the mid-Sixties, and the next time I saw him he had hair. It was kind of weird, but the voice was the same. Bless them both, Clark just retired in 2015 and, as far as I know, Ron is working as a weatherman in San Diego, or at least he was. That’s after fifty years. 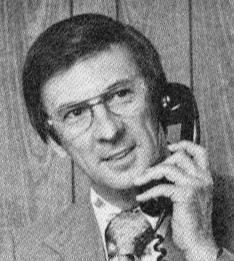 My dad’s brother was one of the first guys to have a hair transplant. The joke was he looked like “tear on the dotted line,” because you could see where they put in the plugs, in a line across his forehead. Don’t understand why he did it; he looked fine to me. The last time I saw him was about 30 years ago, at his Aunt Florence’s wake. I looked him up a few years ago. I’m tempted to call him, but there was some bad blood between him and my mother, and I feel kind of weird about it. One of my cousins said he had a stroke a few years ago; that’d be something we could talk about.

I would do international travel about once every ten years, which meant I’d have to get a new passport each time. I got one passport when I was 40, and another when I was 50. You could really see the difference in hair color. Oh well, better over the hill than under it…

Stream of Consciousness Saturday is brought to you each week by Linda Hill and this station. And now, a word from Sizzler…

23 thoughts on “Gimme A Head With Hair #socs”