Mary grew up in the Back of the Yards neighborhood of Chicago, the “Yards” referring to the Union Stock Yards, as described in Upton Sinclair’s The Jungle. I think her grandmother and uncle worked there. 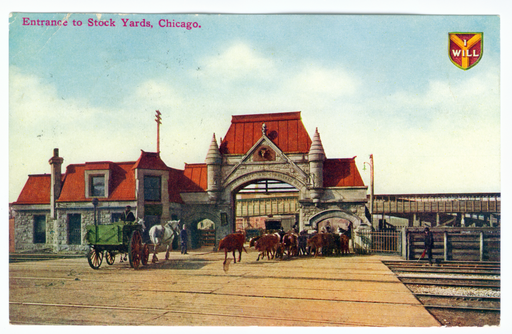 Once when I was out of work I applied at the Dubuque Packing Company, famous for their canned hams. The guy I interviewed with wore a bloodstained white coat, I think to see if I’d recoil in horror. I didn’t, but I didn’t get the job, either. Not that I was that disappointed.

Guess they no longer come in cans. Source: KrakusFoods.com

Speaking of canned hams, occasionally we would buy a canned Polish ham and have the butcher slice it for sandwiches. It was usually a Krakus ham, imported from Poland. Evidently Krakus is sponsoring the Chicago Air & Water Show this year. Chicago is second only to Warsaw in residents of Polish ancestry. You could look it up.

There had been talk of replacing Alexander Hamilton on the $10 bill with Sojourner Truth, abolitionist and human rights advocate who escaped from slavery and later recruited black soldiers for the Union Army during the Civil War. Then the musical Hamilton hit Broadway and reminded everyone the significance of Hamilton as a Founder of this nation, and they decided to replace Andrew Jackson on the $20 bill instead. Someone made the comment that a white male Southern Democrat was being replaced by a black female Northern Republican who carried a gun and was an evangelical Christian. The irony is wonderful.

Hamilton is most famous for being killed by Aaron Burr in a duel in 1804. I don’t think Aaron Burr is any direct relation to Raymond Burr, who played Perry Mason on TV. Perry Mason’s nemesis was district attorney Hamilton Burger, and you all know about that. Amazing how these things work out, isn’t it?

This twisted snake of a post is a Stream of Consciousness Saturday entry. SoCS is brought to you each week by Linda Hill and is sponsored this week by The Keg restaurant.