Skip to content
John Holton The Week That Was August 13, 2017 3 Minutes

This edition of The Week That Was is sponsored by Colgate dental cream. Three ways clean with Colgate! 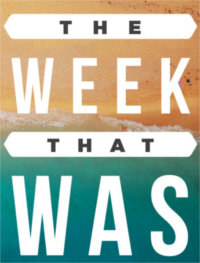 This is the week I go to the periodontist to have my dear tooth #20 pulled. He’ll put an implant in so they can put a new fake tooth on it. That might be done Wednesday, or at some point in the near future. They’ll let me know when they get in and have a look. If it were my regular dentist, I could count on her to screw something up and charge me extra to fix it. In any event, they’ve given me the pre-procedure antibiotics and super-dose naproxen sodium, as well as hydrocodone with acetaminophen for after the procedure in the event of severe pain. I’m concerned about taking it, not so much because I’m afraid of becoming addicted to opioids as I am of being afflicted with opioid-induced constipation. Other than that, I just want to get it over with. I got word on Friday that my compression garment has arrived, so I’m hoping to be discharged from physical therapy tomorrow afternoon. Anyway, on to the weekly summary…

As it was a freebie day, I followed up on last week’s M4 with your suggestions on songs with titles that started with J. Since there were eleven of them, I rounded it out to fifteen with four more I thought of.

The song title For Manic Monday was “Sentimental Journey,” and I gave my thoughts on this sentimental journey I’m on here on the blog. See? It does have a theme… 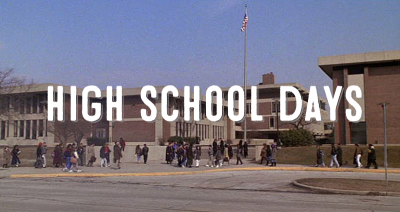 As I had already done The Jackson 5, the #4 act on my list of the top acts of the early Seventies by weeks in the Top Ten, I featured Chicago, maybe my favorite band from that era. 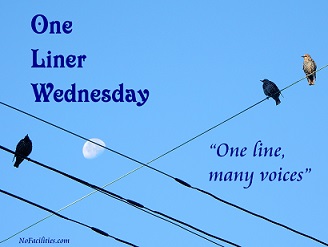 My one-liner was something funny I saw on Facebook that sounded like life after retirement, where one day, week, month, year, century… just sort of fades into the next. Apparently I’m not alone.

The prompt was the word “soaked,” which it just so happens I had gotten earlier that day when Mary left the car windows open for me so I wouldn’t asphyxiate in the van while she was in the store. As luck would have it, it began to pour seconds after she got into the store, and stopped just before she came out. Those automatic windows are great because you don’t have to crank them up and down, but not so great because the car has to be turned on for them to work.

Glen Campbell, who died this past week after a six-year battle with Alzheimer’s disease, was the subject of the 5×2. You might find this interesting: he and Alice Cooper were very close, and when Glen died, Alice gave an interview to Fox 10 Phoenix about their friendship and his respect and admiration for Glen as a musician and performer. Glen had his demons, as did Alice, but as Dan said on Friday, he seemed like a good guy. Definitely a tremendous musician, and listening to the playlist as I was putting the post together, I found myself wondering why I didn’t give him credit for that when he was alive.

I used the prompt of “guess” to launch into a discussion of the advantages of a passphrase over a simple password, no matter how random and difficult you make it. The guy who wrote the NIST’s book on creating passwords told The Wall Street Journal that a passphrase of random words, such as investor multiple fort hungary, offers just as much security and is much easier to enter and remember. I use LastPass to keep track of my passwords, but trust me, a passphrase is a whole lot easier to type and remember. Jami asked me “well, what happens if LastPass gets hacked?” Turns out, it was, about two years ago, and they explained that the way they encrypt master passwords and the data they protect makes it difficult for a hacker to crack.

This week, I’ll have a Battle of the Bands this Tuesday, besides all the regular features. Be sure and check Linda Hill’s blog this Thursday, as you’ll have an opportunity to choose the badge for Stream of Consciousness Saturday for the coming year. My badge, which we’ve used this past year, is in the running again, as are a number of really good ones. Anyhow, stop by Linda’s on Thursday, and best of luck to everyone competing this year.

6 thoughts on “The Pre-Dental Week That Was”