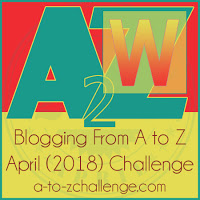 I’m including this because it was one of my great “duh!” moments. I mean, I’ve only been reading and paying electric bills for 40 years, you’d think I’d have understood this. Usually, when we’re talking your electric bill, you see “kilowatt hour,” or more frequently the abbreviation kwh, and you’re charged per kilowatt hour, right? Well, one day I got to thinking “what exactly is a kilowatt-hour?”

So, off to Wikipedia I went, and learned that a watt (named for James Watt, who helped develop the steam engine, not the former Secretary of the Interior) is one joule per second. Which told me nothing, since I was so bad at physics, and that it’s a measure of energy transfer. But I know my times and gazintas, as Jethro from The Beverly Hillbillies would call them, so I figured out that one watt-hour is 3600 joules, and thus a kilowatt-hour is 3,600,000 joules, or 3.6 megajoules. All of which told me as much as what a watt and a joule were.

Now, here’s where all this comes in handy. I have a ceiling fan in my office which I have a tendency to leave running all the time. Mary sees this, turns it off, then reminds me to turn it off when I’m not using it. So I got to thinking: what would it cost if I left it on all the time? I did some research, and learned that the fan draws 75 watts of power. Leaving it on for 24 hours would consume 1.8 kwh, which would cost 19.3 cents. Leaving it on for a month would cost me $5.79, and $69.50 for the year. Not exactly nothing, but it’s not going to break the bank.

I showed these calculations to Mary, and she said, “turn the fan off when you’re not in your office.” So much for that argument.

Maybe I should buy stock in The Southern Company…