Skip to content
John Holton The Week That Was July 8, 2018 2 Minutes

None of the department stores named exist in their current form today. Jordan Marsh and Bon Marche are now owned by Macy’s and are branded as such, while Carson Pirie Scott & Co. (where I worked in college), after changing hands a number of times, is closing along with all the Bon Ton stores. Times have not been kind to retail stores…

I’ve hit the summer doldrums, and I apologize that I haven’t been getting around as promptly as I usually do. Of course, you all know what happened as far as the new tooth (for which I was given an implant last August) is concerned, and that seems to have thrown my timing off, not to mention the midweek holiday. Hey, Monday holidays are bad enough. Anyway, here’s your update for the week.

We commemorated the Independence Day holiday with patriotic songs. This left me with a sense of deja vu, since we did patriotic songs last year and probably the year before.

I started a series of “encore performances,” in which I reach back through the archives and grab a Two for Tuesday that I liked and replay it for your benefit. That series will run through the end of August, after which I’ll come up with another series. Suggestions are welcome. Last week’s featured artist was Glen Campbell.

My one-liner was a rather lengthy (and longer than one line) quote from former FCC Chairman Newton Minow’s “Vast Wasteland” speech from 1961. The creators of Gilligan’s Island named the Skipper’s shipwrecked boat the S. S. Minnow as a way of getting back at Mr. Minow, and the show was proof that he was right. (But I liked it.)

The prompt was to write a post based on the word “cautious,” so I explained the difference between being careful and being cautious.

This week’s survey was from KGFJ, an R&B station from Los Angeles, which is why many of us (myself included) didn’t recognize many of the songs. That’s the whole purpose behind the feature. 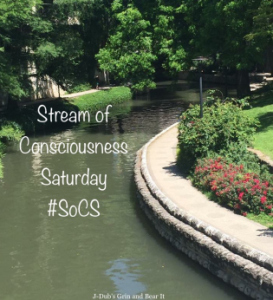 We were to choose a word that started with or contained the syllable “sup.” My word was “supine,” which described how I was feeling. I did take a moment to share some of the images I created with GIMP, of which I am inordinately proud.

No major surprises planned for this week. Next Sunday I’ll rejoin Stephen and the gang with a Battle of the Bands, and I’ll be sitting down after I finish this to decide what I’ll entertain you with this week.

3 thoughts on “The “Happy Birthday, Fabulous Auntie Jill!” Week That Was”