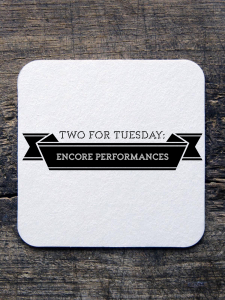 I’ve actually done Vince twice: the second time I had forgotten I had already done him. This is the second, from July 2013. Note there are three songs here: when replacing the first one, I realized I didn’t remember which one I had intended to feature, so you get both “Samba de Orfeu” and “Cast Your Fate To The Wind.”

I saw the premiere of A Charlie Brown Christmas in 1965, and while the story was all right (hey, it was “Peanuts,” and I was a kid, right?), it was the music that really caught my ear, and I needed to know who did it. A special that played later (can’t remember if it was later that night or a few days after) identified Vince Guaraldi and his trio as the musicians. It made me a fan for life.

Born in San Francisco in 1928, his solo career began in 1959 after time with Cal Tjader. In 1962, he recorded the album Jazz Impressions of Black Orpheus, which included covers of most of the music written by Antonio Carlos Jobim and Luiz Bonfa for the movie Black Orpheus. The album also included “Cast Your Fate To The Wind,” a song for which Guaraldi is probably best known; it was the flip side to “Samba de Orfeu,” our first selection today. After that came a period of collaboration with Brazilian guitarist Bola Sete, which included the recording of the album Vince Guaraldi, Bola Sete and Friends. At the time, Guaraldi was experimenting with bossa nova rhythms. The second song today, “Star Song,” comes from that collaboration.

Vince died in 1976. He had had dinner the night before with Lee Mendelson, the producer of the “Peanuts” specials, and was complaining of indigestion. The next night, he played his last set at Butterfield’s Nightclub in Menlo Park, California. After the set, he and drummer Jim Zimmerman went to the hotel next door where they were staying, and, according to Zimmerman, Vince was walking across the room and dropped dead, of either a heart attack or an aortic aneurysm. He was 47 years old.

Vince left behind a significant amount of music, and influenced jazz pianist David Benoit and New Age pianist George Winston, and probably everyone that ever heard him. I consider his music among the best recorded, and hope that you’ll explore a little further.