Having titled my post using a word that ends in -ic, I feel I have satisfied the requirements for this particular round of Stream of Consciousness Saturday and am thus free to do whatever the hell I want…

Just kidding, or as they say in text-message talk, j/k.

Ain’t I hysterical? And now I get the bonus points, beecause I used both -ic and -ical in the post.

I try to avoid saying that something is hysterical because, as The Free Dictionary tells us about the word’s etymology:

[From Latin hystericus, hysterical, from Greek husterikos, from husterā, womb (from the former idea that disturbances in the womb caused hysteria).]

So, basically, hysteria is a woman’s problem, or at least that’s where the word comes from. It goes on to say that hysteria is

A group of psychiatric symptoms, including heightened emotionality, attention-seeking behavior, and preoccupation with physical symptoms that may not be explainable by a medical condition. The term hysteria is no longer in clinical use, and such symptoms are currently attributed to any of several psychiatric conditions, including somatic symptom disorder, conversion disorder, and histrionic personality disorder.

To my way of thinking, saying that something is hysterical is akin to saying that mental illness is funny. I’m far from being politically correct (I believe political correctness is bullshit, frankly), but still, you have to draw the line somewhere. And anyway, hilarious is just as good a word and more accurately describes a person’s reaction to Monty Python’s Flying Circus or The Three Stooges.

To quote Forrest Gump (the one from the movie, not the book; the latter was hilarious), and that’s all I have to say about that.

Stream of Consciousness Saturday is brought to you each week by Linda Hill and this station. Now a word about Duffy’s Daredevils, the rough and tumble demons of danger, with bounce-back balance, by REMCO! 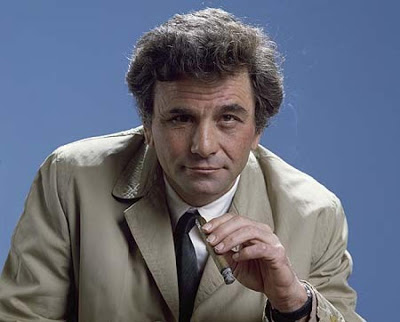 This is the last week we’ll be using J-Dub’s fantastic badge for Stream of Consciousness Saturday. Linda is running a contest to select a new badge for the coming year. She gives the rules here, and you’ll notice potential designers have until next Wednesday to submit their entries, after which we’ll be voting to choose the new one. I have an entry in this year’s contest, which you can see here.