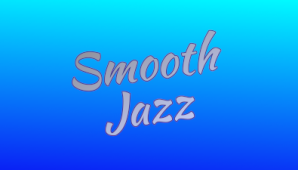 Saxophonist Dave Koz’s career started shortly after his graduation with a degree in mass communication from UCLA in 1986. He first toured with Bobby Caldwell and worked as a session musician through the rest of the ’80’s before embarking on a solo career, recording his eponymous debut album in 1990. He’s recorded 17 studio albums, including two “Summer Horns” albums with Mindi Abair, Richard Elliot, and Gerald Albright and two Christmas albums (even though he’s Jewish).

He recorded “Faces of the Heart,” the theme song for the long-running ABC soap opera General Hospital in 1993 for his Lucky Man album.

His 2011 single “Anything’s Possible,” from his 2010 album Hello Tomorrow, was written with keyboardist Brian Culbertson and reached #1 on the Jazz chart.

Until 2007, Dave hosted the morning show on KTWV 94.7 (“The Wave”) with Pat Prescott (who formerly did the morning show at WQCD (CD 101.9) in New York). He hosts a weekly show, “The Dave Koz Lounge,” on Sirius-XM’s Watercolors channel, and the syndicated weekly The Dave Koz Show (a list of stations can be found on his website). In addition, he started the Rendezvous Entertainment record label and runs a restaurant in Beverly Hills, Spaghettini & The Dave Koz Lounge. He’s made numerous television appearances, and his music is frequently featured on The Weather Channel. Much more information about his music, appearances and other ventures can be found on his official website.