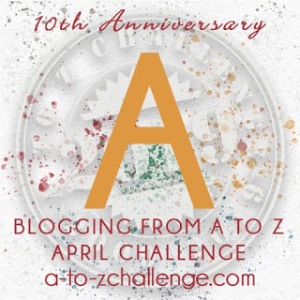 Welcome to Day 1 of the 2019 Blogging from A to Z April Challenge! It’s our 10th anniversary, and since X is the Roman numeral for 10, my theme is “Words That Have An X In Them.”

Annex is a word that’s both a noun and a verb. As a noun, it refers to an addition to a building, or a building that’s close by. There was a hotel close to our corporate office in Atlanta (less than a block away) where we were asked to stay whenever we came into town to work at Corporate. It used to be a Rodeway Inn, and we called it “the Roachway Inn.” It was one of those hotels where all the rooms are arranged around the swimming pool, and the rooms were nicely decorated.

At least, that’s what they tell me. The management of the hotel, knowing the sort of rowdy bastards that we were, never let us stay in that part of the hotel. Instead, they would always put us in the annex building behind the main hotel. We called it “the dorm” because it was a simple red brick box of a building, like a college dorm. The rooms were not quite as nice, but they were comfortable enough, the beds were in pretty good shape, and as long as you didn’t get a room across the hall from the ice machine, it was reasonably quiet. Besides, we weren’t going to be spending much time there, really just to sleep, shower and change our clothes. From the management’s perspective, it was far enough from the nice part of the hotel that we didn’t disturb the paying customers.

As a verb, annex refers to the process by which a civil authority (like a city) grows by taking over control of part of an unincorporated area. The City of Chicago did this to enclose O’Hare Airport into the city limits. There is a small village called Norwood Park, on the other hand, that is completely surrounded by Chicago that has so far been able to stave off any attempts at annexation. Likewise, there’s a small town south of Midway Airport called Bedford Park that’s been able to do the same. See, cities can annex other cities, provided that those cities vote to be annexed. If the residents of the town decide not to, the larger authority has to wait a couple of years before they try again, giving them time to change the demographics of the town (i.e. convince people open to the idea of annexation to move in).

Of course, if you live in Idaho, Indiana, North Carolina, or Tennessee, a big city can annex you without your permission, as this article explains. It reminds me of the joke about the guy who goes into a bank and says he would like to open a joint checking account. When asked “with whom would you like to open it?” he says “With someone who has money, obviously.”