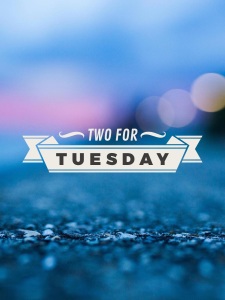 I feel like I should know more about Laura Nyro than I do. Todd Rundgren said that after he heard Laura’s songs, he “stopped writing songs like The Who and started writing songs like Laura.” Elton John, Joni Mitchell, Melissa Manchester, and Alice Cooper, among others, have acknowledged her influence on their music. Oddly enough, I never actually heard her do any of her own songs. It might have been because she took the first part of the Seventies off, or because the radio stations in Chicago didn’t consider her important enough to add to their playlist, or maybe I just wasn’t listening to the stations that were playing her music, or maybe (most likely) I did hear her and just didn’t realize it at the time. I heard plenty of her songs, though: The Fifth Dimension performed several of her songs, as did Blood, Sweat & Tears and, as we know, Three Dog Night had a hit with her “Eli’s Coming” in 1969.

“And When I Die” was the third single released off of BS&T’s eponymous second album. It rose to #2 on the Hot 100 in late 1969 and early 1970. Laura wrote the song when she was seventeen and sold it to Peter, Paul & Mary, who recorded it for their sixth album, The Peter, Paul & Mary Album. Here’s Laura’s version, which appeared on her first album, More Than A New Discovery (1967).

The Fifth Dimension recorded “Sweet Blindness” on their 1968 album Stoned Soul Picnic (the title track was also written by Laura). It rose to #13 on the Hot 100 and #45 on the R&B chart. Laura did her version of the song on her 1968 album Eli and the Thirteenth Confession.

Laura died of ovarian cancer in 1997, just shy of her fiftieth birthday. There is a very well-done website dedicated to her memory, and naturally there’s a Facebook page.