This month’s guest conductor, Alana, wants songs that are either played at sporting events or are about sports. Naturally, the ones I think of are primarily baseball, and nearly all of them are from Chicago. So if you’re quite ready…

Monday’s Music Moves Me is sponsored by X-Mas Dolly, Cathy, Alana, and Stacy, so be sure and visit them, where you can also find the Linky for the other participants. 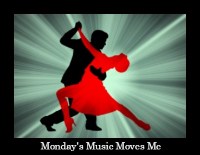