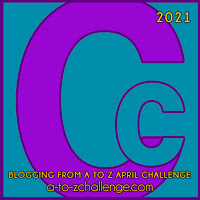 I’ll be honest, I have a certain affection for radio stations in the Chicago and Atlanta markets. This is the first of the four Chicago stations I’ll profile, and it has an interesting history.

WCFL was run by the Chicago Federation of Labor and had been on the air since 1925, primarily focusing on union news and views while playing some popular music and, for a time, Chicago White Sox baseball games. In 1965, seeing that WLS was the only Top 40 station in Chicago (WJJD, the original Top 40 station, had switched to adult standards around 1962), WCFL decided to go into the Top 40 business itself. Competition between the two stations was fierce between 1966 and 1976, when WCFL, which had been losing market share, decided to go with a "beautiful music" format, the change occurring on March 15, 1976. Since September 1993, it has been WMVP, affiliated with ESPN and broadcasting a sports talk format.

The last survey WCFL issued was on February 21, 1976. Here’s the Top Ten from that survey.

Back with "D" on Monday!