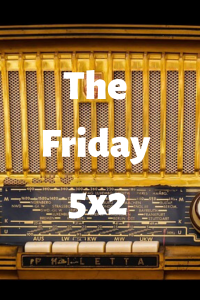 We visited 3FOX, the most listened-to radio station in Australia, last February, and pretty much everything still applies here. Here’s their Top 10 from this day in 1990.

I was still more or less listening to pop radio in 1990, although I found myself seraching the radio dial for alternatives, so I decided to go with this survey from Fox FM (3FOX), which Wikipedia tells us is the most listened-to radio station in all of Australia. I’m impressed…